The city of Zaragoza

Zaragoza offers the advantages of a medium-size city (700,000 inhabitants) and the facilities of a big capital. Zaragoza is situated in North-East Spain, between Madrid and Barcelona.

Capital of Aragón and the most important city in the Ebro Valley, Zaragoza lies 200 metres above sea level, occupying the alluvial terraces of the great peninsular river and part of the lower valleys of its tributaries, the Rivers Gállego and Huerva.

The climate is Mediterranean-Continental and rather arid. Its more than 675,000 inhabitants make it one of the most densely populated cities in Spain.

During 2008 Zaragoza has been the venue of the International Exhibition EXPO 2008 "Water and Sustainable Development". This event has, contributed to the modernization of the city, with a significant improvement on conventions and tourist infrastructures.

The best way to discover Zaragoza's monuments is to stroll through its streets. You will feel all the wealth of its 2,000 years of history.

The city walls, churches, basilicas, palaces, stately houses and squares of the old quarter reflect the different civilisations that settled the city.

Romans, Moors, Jews and Christians left their cultural legacy behind, waiting to be admired to this day. There are certain monuments and places that are simply not to be missed.

See what the Roman city's most popular monument was like. There are many witnesses to Zaragoza's imperial past to be seen - the city walls, the Forum, the River Port and the Public Baths, with their respective museums.

The most outstanding religious monument in Zaragoza is without doubt the Basilica of the Pilar, “El Pilar”. Built on the site of a primitive Mozarabic church, it is endowed with different styles in construction and ornamentation.

Of particular note are the choir (with its exquisite choirstalls), the impressive Renaissance altarpiece in alabaster by Damien Forment, the Holy Chapel where the image of the Virgin is venerated, and the cupolas painted by Goya.

Do not forget to visit the Moslem Palace of the Aljaferia, palace of Joy. Now it houses the Parliament of Aragon but in the past, since the 11th century, it was the palace of the Moslem monarchs of Zaragoza. It also acted as inspiration for Verdi in his operetta Il Trovatore. time! 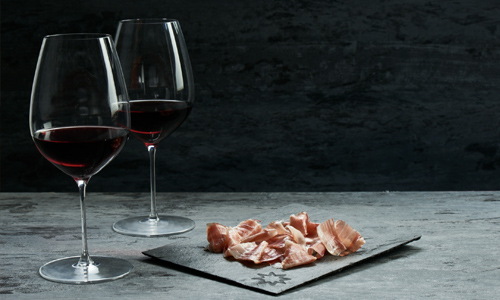 One of the city’s major features is the variety of restaurants, rich in quantity as well as in quality. The culinary traditions of Zaragoza reflect the richness of its agriculture. Crop as well as livestock farming in the mountains and valleys provides the city with prestigious wines from the Cariñena, Borja, Somontano and Calatayud districts and olive oil; meatproducts, such as ham from Teruel, as well as Aragon’s unique confectionery tradition. The proximity of the Cantabrian and the Mediterranean Seas has influenced culinary traditions in Aragón and is one more example of how Zaragoza and Aragón are open to all influences.

Gastronomy is an art in Zaragoza. This is why we can assure you that you will eat well and drink better.

Be sure to go out for tapas while you are in Zaragoza. Your best bet is to make for the centre: Plaza de San Miguel Square and the streets around it; the old "Tubo" area; Plaza de Santa Marta and Santa Cruz Squares and the streets around them; the side streets around the Paseo de la Independencia, such as Cinco de Marzo, Cádiz and Plaza del Carmen Square. These are not the only ones, though. Let the locals advise you - you won't regret it. You can sample real miniature delicacies for a very reasonable Price.

Don't forget the terrace bars either. At dusk, from spring onwards when the weather is good, the streets of Zaragoza fill with tables and chairs and people come together on the terraces to enjoy a cold drink with friends. Just head for Paseo de la Independencia, Plaza de San Francisco, Paseo de Sagasta or Primo de Rivera Park, where there are live performances in summer, and you will see for yourself.